It’s been 3 years since the last UV Steriliser Comparison Review, and it’s time for an update! This round, there will be five tabletop UV Sterilisers from three brands, plus a short overview of a new brand that is not in this comparison.

The official pricing is taken from the authorised distributors’ pages. You can find better deals at Mummys Market baby fairs that are held a few times throughout the year. Prices range from $199 to $429 on sale.

All brands have been tested by TUV SUD to be effective at killing 99.9% of viruses and bacteria.For Haenim, it has passed tests from Korea Testing and Research Institute in addition to TUV SUD in Singapore.

Other UV Sterilisers available in Singapore:

All the UV sterilisers use SS304 stainless steel for its interior. SS304 is considered food grade. Both Haenim sterilisers have identical interiors.

All the sterilisers come with basic Auto, Dry, Sterilise and Storage functions but both Haenim models have extra features.

Easiest Maintenance: Haenim (no replacement required)
Most Complicated Maintenance: Lollababy (it’s a tough choice between risking sliced fingers or the inconvenience of sending it back to the distributor

A bigger opening gives you better access to the steriliser. Both Haenim sterilisers have the widest opening at 180° rightward while the Lollababy has the narrowest opening at 70° upward.

All the sterilisers feature a digital display panel that show the remaining time, but both Haenim and LoveAmme LoveClean Pro also display the temperature.

The purpose of a filter is to prevent dust from entering the steriliser. As such, it should be fine enough in order to be effective. Depending on the model, you will need to replace the cotton filters every 3-6 months.

Behind the filters are air vents that aid in circulating the air within the steriliser. The bigger the air vent and fans, the better the air circulation.

The user manuals usually state that the sterilisers are able to hold a certain number of bottles. Do note that it refers to the bottom part of the bottle without the accessories (teats, cap, collar) which will need to be spaced out when sterilising as well.

All the UV sterilisers in this comparison use PTC heaters. In the temperature test, I measured the temperature of the hot air produced by each steriliser after 30 minutes in Auto mode. Although the duration of Auto modes differ, I chose 30 minutes as that is the length of the shortest Auto Mode.

Due to the high temperature, the bottle that was retrieved from the Lollababy steriliser was hot to squeeze and I had to put it back. The purpose of using a UV steriliser is to zap germs via the UV lamp. If it’s that hot, you might as well use a steam steriliser.

What entails excellent customer service? To me, it’s making sure that customers are able to find important information without having to call or message. Prompt replies to social media enquiries (within 24 hours on a working day) is a standard to me, because in emergency cases like equipment breakdown, you wouldn’t want to be kept waiting.

Time taken from Order to Delivery

After comparing multiple brands over two reviews, I have made a few observations.

If you’re looking for something value-for-money with long mileage, there’s no other choice in my opinion.

Many children in Singapore are forced into highly competitive environments as early as 4 years of age. Their schedules are chock full of enrichment and preparation classes until they don’t even look forward to school holidays anymore because they have holiday camps and more classes.

These kids go to primary school and feel bored, causing the bar to be raised even higher for future batches of students. It’s a suffocating cycle. With two very young children at home, I wish to let them play and explore and ideally, pick up concepts and develop their own reasoning through play.

Eventually, I will have to prepare them for primary school to ensure that they know enough to not fall behind their peers and suffer from low self-esteem. Before that, setting up an environment which stimulates learning will be beneficial for their holistic development.

My own childhood was less stressful and I remember having my own huge playhouse with working fan and lights, constructed by my father from a TV box. He crafted cardboard shelves from pizza boxes for my Barbie dolls and taught me to cycle. Okay, I completed Mixed-Up Mother Goose, watched my dad play Wolf 3D and Prince of Persia, so I wasn’t all Tarzan. I felt real academic stress when I started primary school.

Here’s why open-ended play is important. How do we start? Popular beliefs of open-ended play are that “Passive toys make active learners.” and “The best toys for babies do nothing”. Rather than buy an electronic toy drum set, hand them pots and pans. Start a collection of bread tags, bottle caps, toilet paper rolls, rubber bands, pebbles, leaves… things readily available in the household.

There are many ideas available online I’m only beginning to clear out my toys. In the meantime, I try to bring them out for playdates at least once a week to socialise and explore non-digital environments. On days that we don’t go out, we sometimes let them go to the playground to climb, run and expend all that energy. Letting kids sit on grass does wonders for their immune systems. Also, you know those electric shocks you get when you brush against another person? Standing barefooted on the ground, though icky, dispels static electricity from your body into the ground.

Children are like flowers; fragile yet with the right environment, they will flourish.

I broke my husband’s cup this afternoon. It wasn’t any random cup, but a personalised one I made with our family photos. I was emptying the vacuum cleaner when I hit a pot hanging above, which flew off its hook and broke the cup, which was placed on the floor below the sink. My husband put it there with my leftover orange juice to bait ants. Even I found the entire situation unbelievable when I explained it to him. 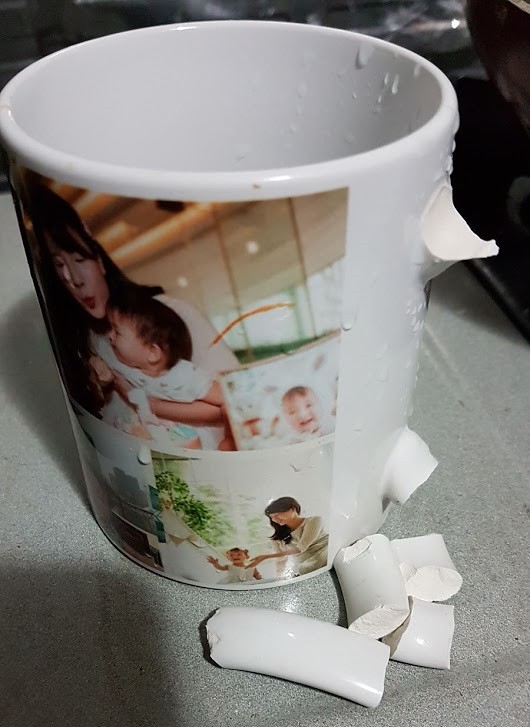 We’re in the fifth month of me being the sole breadwinner. This has understandably caused some tension and outbursts. This will surely pass. I could do just a little bit better by trusting that my husband knows what he’s doing and quit nagging. No man wants his wife to turn into his mom. He nags me on the cleanliness of the house too. Surely I don’t need sleep.

Tomorrow, I will try to shut it.

Freelance work income currently comes from various sources. I transcribe K-Pop videos from Korean to English, digital marketing and write parenting articles. I’m thankful for so many opportunities which allow me to remain at home and pay me adequately. Though there is still a long way to go before hitting my expected income, I’m glad I don’t need to dig into my savings to sustain this family and get to make lunch for the kids.

Tomorrow, I will prepare a separate lunch menu for the baby so he can feed himself.

Elise is still on diapers where most of her peers are already toilet trained. She is able to answer that she should “pee in the potty!” yet when she wets her diapers and I ask her why, she replies, “Sorry, omma”. We could do just a little bit better.

Tomorrow, I will put on training pants for her and bring her to the potty regularly to create a habit.

I’ve been intending to declutter the house and introduce more open-ended play toys for the kids, as inspired by my dear friend. Progress has been excruciatingly slow. I browse Instagram accounts of stay at home moms without helpers who take the effort to create meaningful activities for their children to learn while playing and I look at Elise, playing with some dried barley I gave her as pretend play food.

We went to the doctor yesterday to firm up the operation details, only to be chided by the doctor that he wasn’t going to operate on her if I wasn’t going to maintain her eye socket well. It’s supposed to look white instead of red. He cleaned off her eye discharge with saline and told me that I had the liberty of switching doctors for Elise. We’re scheduled for another appointment 3 months later. We’ve always made extra sure to wash her conformer during showers and clean off visible discharge with wet wipes. I was negligent in not being even more detailed.

Our entire family followed instructions strictly for the past operations but they failed regardless. I voiced this out to the doctor, but he told me that all the more we should take even better care of the socket as we owe it to her. He mentioned that other patients only required one operation. We’ve done three. Do we really look like we’re here with the aim of having a wardcaytion, squeezing with 6 other beds and their families? I was hurt by his words, but I could do a lot better.

Today, I held her down and washed her conformer with saline and put in eye drops. As promised to him, I will do what is needed until the next appointment and see if it turns white before deciding on further action.

My dad has been helping me watch the kids without pay. He brings Didi and Elise downstairs many times a day without complaint, goes to dinner with the kids so I can eat dinner in peace.

Tomorrow, I will do better. 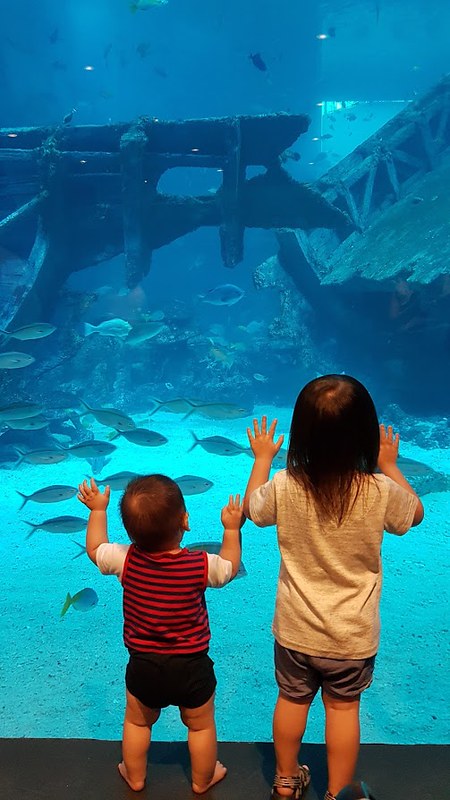 There are only so many tomorrows.