Annee Matthew is a local brand established in 2001 by Annee Neo, the quirkiest mom I’ve ever met. Then, there weren’t many stylish nursing labels around, so she decided to take things into her own hands and make some. From a small home business, her brand has now made its presence overseas, with distributors from as far as Europe. She also participates regularly in baby fairs.

I’m not cut out to be a fashion blogger (no domestic helper on stand-by to take 100 shots of me posing, no Insta-worthy background), but I am pregnant with a bump, so Annee offered me a pick of three items from her collection to ~model~ in.

There’s sleepwear, maternity/nursing dresses, tops, bottoms, lingerie and a yoga collection. I chose two dresses and a pair of shorts because dresses are the easiest to wear and I happened to need maternity shorts. Too practical. Here’s what I chose:

The model does it better than me so please look at her. I’ve had nursing dresses which had obvious horizontal zips across the bustline and were not suitable for discreet nursing. This dress accommodates my bump and the V-neck opens up for easy, convenient and discreet nursing. I’m okay with nursing in public but only when it’s done in a manner that’s almost unnoticeable, because there’s no need to tell the whole world that your kid is suckling. Anyway… I was rather surprised when I got hold of the actual product because I didn’t realise that the sleeves and nursing panel had animal prints… but it doesn’t show that loudly in photos (thankfully). 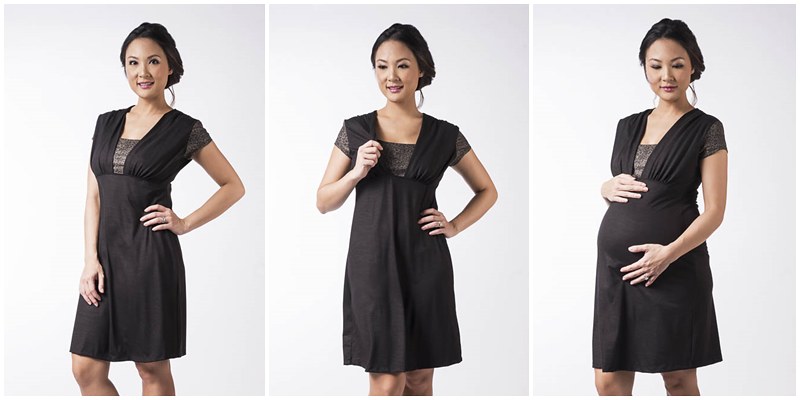 Here’s Elise trying to pose together with me. The dress doesn’t hide the bump which is EXCELLENT because I managed to get seats in the subway in Korea even during peak hour. In the subway, there are rows of reserved seats which are almost sacred; NOBODY sits on those seats unless they fall into 1 of the 4 categories: elderly, pregnant, handicapped, parent with infant. If you don’t and you so much as attempt to sit down, you’ll get rebuked by the defenders of the reserved seats, usually an ajumma. They’re very vocal. A woman was talking on the phone a little too loudly and got shushed promptly “EVERYONE CAN HEAR YOU, mind your volume!”.

So with this dress, it became very obvious that I had 1.5 kids with me and it became my claim to the reserved seats. Can’t risk falling down with a bump this huge.

This dress is made from 95% cotton and 5% spandex. Cooling and comfortable, it’s still one of my go-to dresses. 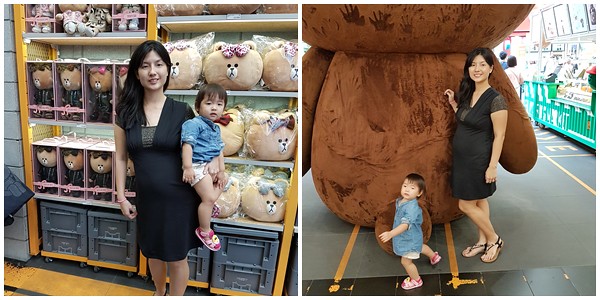 I chose this dress because of its cleverly hidden opening. From the photo, it just looks like a normal dress but it suits moms from the first to third trimester and beyond. I brought this to Korea but didn’t manage to get any decent photos taken. Like the above dress, this also lets you nurse in a non-obvious manner. It’s perfect to get the job done yet not attract unwanted attention. This dress is made of 96% viscose and 4% spandex. Adding spandex allows the dress more elasticity. 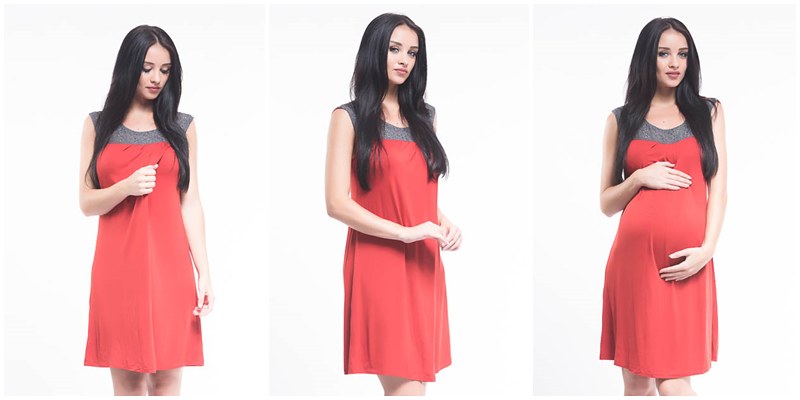 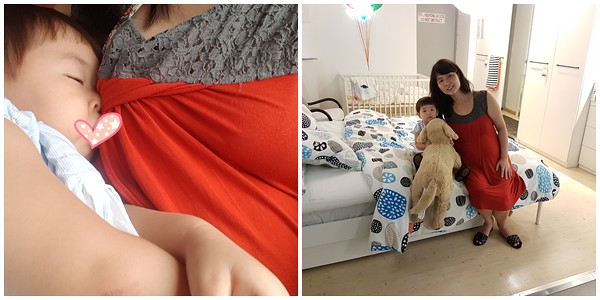 Both dresses have no scratchy parts and are very comfortable to wear.

That’s not my tummy in the photo. This pair of shorts is heavier and of a thicker material than most shorts (100% neoprene) but is supportive for the bump and comes with two side pockets to store tiny essentials. I don’t think I’ll see such a tummy even after I give birth so there’s no way I’ll wear it like the first photo. I prefer it pulled all the way up and paired with a loose top to hide the colour of the belly support. It doesn’t feel tight or suffocating at all.

There’s no giveaway currently, but there’s a huge summer sale with almost all the products going for very attractive prices. There’s free shipping for orders above $100, which shouldn’t be too hard to hit (just 3 sale items!) if you haven’t started shopping for maternity and nursing wear!

** I received 2 maternity/nursing dresses and a pair of shorts for the purpose of this review. ** 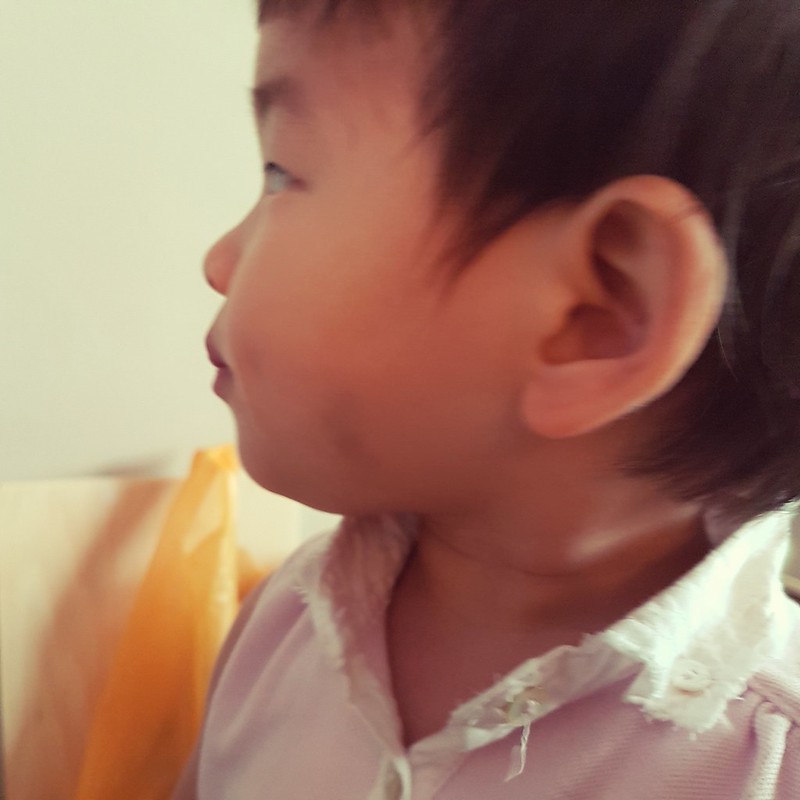 Notice the bruise on her left cheek? There is a story behind it.

I’d brazenly packed only summer clothing without any long pants and just one cardigan into our luggage after checking Accuweather and assuming the weather would be as warm as Singapore’s. It wasn’t (actual summer with Singapore type weather is in July and August). Elise ended up developing a high fever and blocked nose towards the end of our trip – we were sleeping one night and I touched her to realise she was burning. Since it was late at night, I nudged her and latched her so she could take in more fluids. The next day, my brother-in-law bought baby paracetamol from the pharmacy. We didn’t bring her to the PD because she was still active and not lethargic, although she had a decreased appetite.

The upside to this was that she mastered the technique of picking her nose due to all the mucus. Once, she even handed over her dried snot to her father like it was a prize. I continued latching her because it gave her comfort and apparently, there’s still some milk in there. The nights were hard to bear as both of us had interrupted sleep; her from her blocked nose and me from attending to her. She also vomited her formula milk and spat out medicine.

Back to the bruise. We were in a fully loaded flight back to Singapore from Seoul via Taipei. Even in the cold airplane up in the air, her entire body was hot to the touch. She was grouchy, exhausted and wanted to latch, so she started fussing. In a confined space such as an aircraft where ALL EYES will be on you when your kid cries for a longer time than what is socially acceptable i.e. 3 minutes max, you do whatever you have to to get her to quieten down. So, I unbuttoned one button of my dress and latched her in my seat. It is possible to be sufficiently covered whilst getting the job done. Why not in the aircraft toilet for privacy? Because if you don’t eat your delicious aircraft bento in the toilet whilst enjoying the smell and airborne poop particles, Elise shouldn’t have to drink in a toilet either.

Being cranky, sick and uncomfortable, she absolutely refused to stop latching. Occasionally, when she dozed off, I pried a finger in between her teeth in an attempt to unlatch her, which resulted in a full-blown cry, forcing me to start all over again. Cry, latch, doze off, (attempt to) unlatch, repeat. Learning quick, she realised that if she used her teeth to clamp shut on my nipple, she could defend the boob. Pregnancy boobs are more sensitive than normal. How does it feel? Clip one of these onto your nipple. That’s how it feels. I tolerated it for many times, but there was just ONE moment where she intentionally bit down hard onto it, so I pinched her cheek. HARD. She awoke in pain. I had hurt my sick daughter. -_- 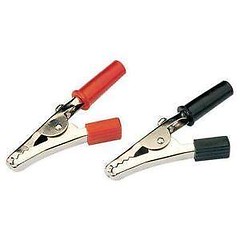 She recovered the day after we returned to Singapore without seeing a doctor.

Now that she is 19 months old, I’m starting to hear uninvited opinions about weaning. One of the remarks came from my mother-in-law. She was on the phone with my husband before we went to Korea and it was audible enough for me to hear. “It doesn’t even have nutrients anymore. It’s useless. I don’t care if she hears. It’s the truth.” My husband replied that I was sensitive regarding this issue and told her to stop. That night, I searched for articles in Korean which supported breastfeeding until 2 years old and beyond and sent it to the family chat group. After reading the articles, my husband agreed that it does help with her immunity. My in-laws also stopped commenting about weaning after seeing how she was soothed easily. On our last night in Korea, she signaled to latch and I latched her in the restaurant while we feasted on crabs. After Elise unlatched, she immediately went over to her grandparents and kissed them. -_____-

Korea is a relatively child and breastfeeding-friendly country. Last year, I latched her on demand practically everywhere – in the KTX, buses, eateries, even in the sauna. Nobody said anything nasty, because I was decently covered. Because breastfeeding is nothing to be ashamed of. Because mature adults understand. I believe that one day, she will tell me that she’s a big girl and “big girls don’t need to drink from boobies anymore”. Support from family is the most important factor in successful breastfeeding.

There were two incidents where I was criticised for breastfeeding Elise, both by other women and in Singapore. The first time was in a nursing room with no curtain, so I latched Elise in front of them. The two women in the room made comments in another language, spattered with English words like “must be from China”, “disgusting”, “cannot cover”. The room was locked. We were all women. It’s sad to see how some women put down other women for feeding their child with mom’s milk. I have two friends who are still latching their kids of similar age to Elise. Like me, they are pro-extended breastfeeding and still nurse their little ones to sleep even though they’ve heard nasty remarks from co-workers and strangers. Weaning should be determined by either the mother or child, no-one else. Not family members, not in-laws and much less work superiors and strangers.

Q: Do you even have milk left?!
A: Supply decreases during pregnancy and milk changes into colostrum which some toddlers either dislike, like or are neutral with. I asked Elise if there was still milk and she nodded, so… I guess there’s something left inside? I’m quite sure it’s mostly for comfort. I also feed her formula milk once a night for satiety but she still nurses to sleep after milk.

C: It’s so disgusting to see a big kid dangling off your boob. They’re old enough to wean when they have teeth.
R: Here are the benefits of extended breastfeeding, which include healthy emotional development in addition to building their immune systems. You know what’s disgusting? Humans drinking cow’s milk. It came from the tit of a cow meant to nourish baby calves. I’d rather wean her off cow’s milk. The World Health Organisation recommends exclusive breastfeeding for a minimum of 6 months, continued till a year and stopped whenever the children want it. Most children wean themselves off between 2 to 4 years of age.

To tell the truth, I DO find it unnecessary once the child is no longer a toddler. I hope Elise will quit boobin’ way before she turns 5. The good news is, kids will self-wean between the ages of 2 and 4. It will be a bittersweet day for sure.

Q: Why do you continue latching even when it hurts? Can’t she be soothed in other ways? Are you breastfeeding for attention?
A: No amount of attention can be worth a clamp on the nipples with baby teeth. The reason is simply because for my child, there is nothing more soothing than a boob, especially when she is ill and has no appetite. Well, even grown men can’t resist breasts! Except that grown men sucking on boobs = sexual. Babies latching = natural and NOT sexual.

Q: Not all women breastfeed. Are you insinuating they are less of a mother than you are?
A: Breastfeeding is but one component of motherhood. Boobing alone doesn’t make you a great mother like how feeding formula doesn’t make you a bad mother. -_____-