So this happened. I first tested with Guardian test kits but they came out negative. I waited for a few days, bit the bullet and bought the atas, super ultra expensive $23+ for one Clearblue Digital test stick. There’s a reason why it costs so much, because it tells it to you in your face whether you are pregnant or not. It’s also the only test kit that shows you how pregnant you are. I was pretty sure I was pregnant, so seeing the result appear on the test stick didn’t shock me as much as it did when I first knew I was pregnant with Elise (through a blood test at the hospital).

Besides, hCG is a cancer marker for ovarian cancer. I clearly remembered when I was told that I had two large ovarian tumours in my body, I’d lamented that I’d rather those tumours be babies instead. When the tumours were removed and dissected in the lab, the results showed that the tumours contained bits of bone and hair! :O Teratomas are mutants you never want to grow.

I’m back with NUH as a subsidised patient. This is Peanut’s first photo at 8 weeks. It is best to visit the gynae when you are at least 6 weeks pregnant because then the machine would be able to detect the fetal heartbeat as well as the yolk sac and fetal pole. Any earlier and you risk being told things like “We can’t detect the baby’s heartbeat (yet)”. Elise’s first ultrasound was at 6 weeks and she was just a tiny 6mm blob. #2 at 8 weeks looked more like a baby with a distinguishable head and body.

Hiding the news from my dad was difficult. For both pregnancies, we only told him after the first scan. With Elise, his reaction when we showed him the scan was “Okay, no problem”. This time, he accompanied me to the hospital with Elise but he was unaware of what I was there for. 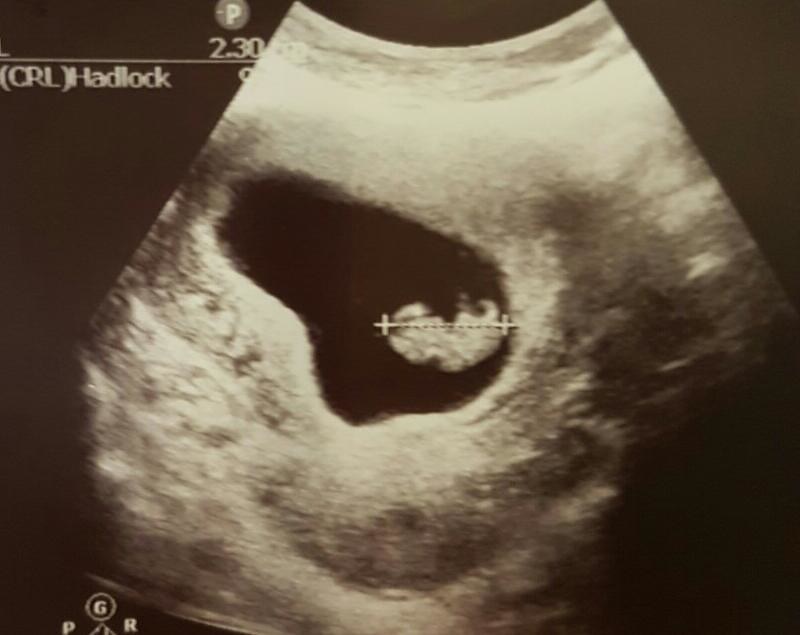 Immediately after exiting the room, I showed Elise the ultrasound scan print out and told her “Elise, that’s your sibling!”. Amazingly, she held the photo, waved at it and kissed it. My dad who was carrying her looked at me and exclaimed, “YOU’RE PREGNANT?! No wonder you kept wanting to vomit. I’m not going to look after two babies for you! After this, are you going to tie (your tubes)? What are you going to do with so many kids?” Erm… this is my second kid and my definition of “many” is one more than 3 babies. Parents never stop worrying about their children even after they grow up and have their own children. When he brings Elise downstairs and meets other grandparents, he complains that “One is more than enough. I don’t know how she’s going to cope with two”.

If I were to compare, we’re actually in a better state than we were when we had Elise! Two years ago, both of us were earning a grand total of zero and stress levels were at an all-time high. Now, we both have sources of income. It’s not much but it’s enough for us to live simply with a decent remainder going to savings. 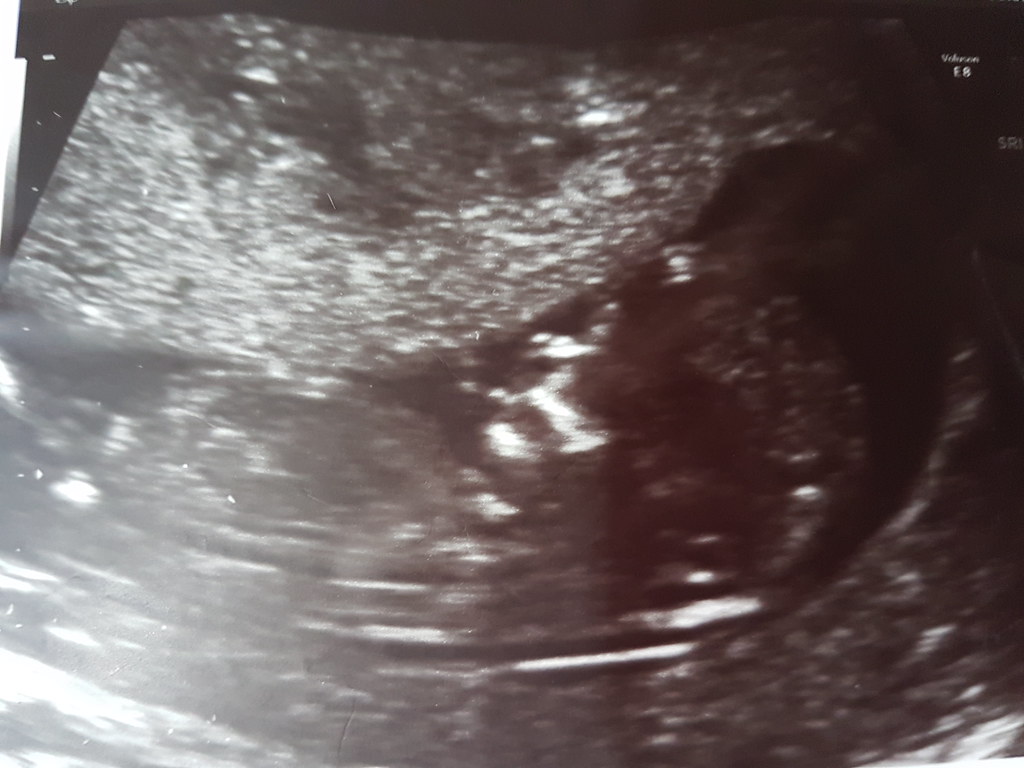 This is the type of ultrasound photo where you have to blatantly point out the body parts. “Look! That’s the head!” If you’re also staring quizzically at this photo, the baby’s head is on the right and this is its side profile.  I’m positive the machine I did my 6 week scan with is superior to today’s lousy machine, but the NUH staff insist otherwise. *shrugs* It’s growing well and that’s all I need to know. My in-laws apparently dreamed of an olive tree which bore fruit and they are confident that Peanut is a boy. I don’t have a strong intuition regarding Peanut’s gender.

At times, I wonder what we’re doing bringing little lives into this world that we have almost entirely destroyed. There are more plastic than fish in the oceans, forests are plowed to make way for concrete monstrosities or farmland, eliminating entire species of animals in the process. Animals are relentlessly made use of to satiate our wants – little calves are torn away from their mothers and transformed into veal, their mothers hooked up to pumps for milk. Hens are being forced to lay eggs and day-old male chicks are tossed into grinders or suffocated. Bears have metal poles pierced into their bellies to extract bile. Sharks have their fins sliced before they are drowned in the sea. Tigers, cheetahs, leopards and elephants are shot at for “fun” as trophies. Rhinos have their faces sliced off alive for their horns. In the Arctic, there are now polar bears which are walking bags of bones due to the melting ice caps.

Our food is injected with growth hormones to sustain demand. Cancers are on the rise due to pollutants in food and air. It’s all real and happening this instant. In Singapore, we still casually toss our trash with little regard for the environment and recycling is at an all-time low (FYI, Journey to Zero Waste Life is a great group for you to be more conscious of the environment). It’s supposed to be happy news, but I’d hate to imagine the world they will be living in as teenagers and adults. Perhaps some of my peers who can’t ever imagine themselves having children are right (for the planet) after all. 🙁

After all that negativity, I still have to say that Elise has brought a lot of optimism and laughter into our otherwise child-free lives.  There is a saying which goes “The laughter of a child is the light of a house”. Indeed.