If all goes well, this will be the last weekend before Elise is cancer free. This also means that it is the last weekend with both her eyes. I’m very worried and I don’t know if she’ll get an all-clear by the PD and surgeon next Monday. If not, we’ll have to reschedule the operation from Friday till an unknown date. Every minute that the tumour is inside her body is a minute that the cancer cells may spread (due to the high pressure of the tumour). She still has a persistent cough though she’s much better than she was a few days before. I’d wanted to bring her to play before her operation but decided not to when some parents advised against it because it would be compromising her already low immunity.

On Wednesday, a few guests visited our house and gave a few tips to improve on the feng shui of our house. I messaged my uncle who gave us one long list of To-Dos. Our family is not superstitious or religious and we’re not sure how feng shui affects anything, but my dad took the advice and started clearing the house immediately.

5. Clear all unnecessary staff on your dining table.
DONE
6. Clear all junks in your both living rooms.

7. Throw away all the unwanted bicycles.

8. Master bedroom door to be closed at all times.
DONE
9. All the windows , remove the single cupboard that you place to block out lights.
DONE
10 If you have curtains use curtains, don’t have leave it and install later… don’t use a patch here and there to block.. (IMPORTANT)
DONE
11. Clean the windows / door grills. Especially the windows… because windows of the house represents the eyes…
DONE

This bug is one hell of a strong bug because 3 of us have caught it from her – I have a bit of flu, my husband felt an onset of fever and weakness and my dad had cough. We went to the medical hall and got some herbal tea sachets meant for cough and added some ginger in. It’s quite effective! Elise drank a bit from her milk bottle too but she’s not that receptive.

We’ve tried honey wraps, steamed salted orange and Vicks on chest and feet. My friends told me about Mucosolvan so I’ll get that from the pharmacy later. Whatever the cure is, it has to be fast. Her symptoms have to disappear by Monday so we can build up her immunity for the operation. 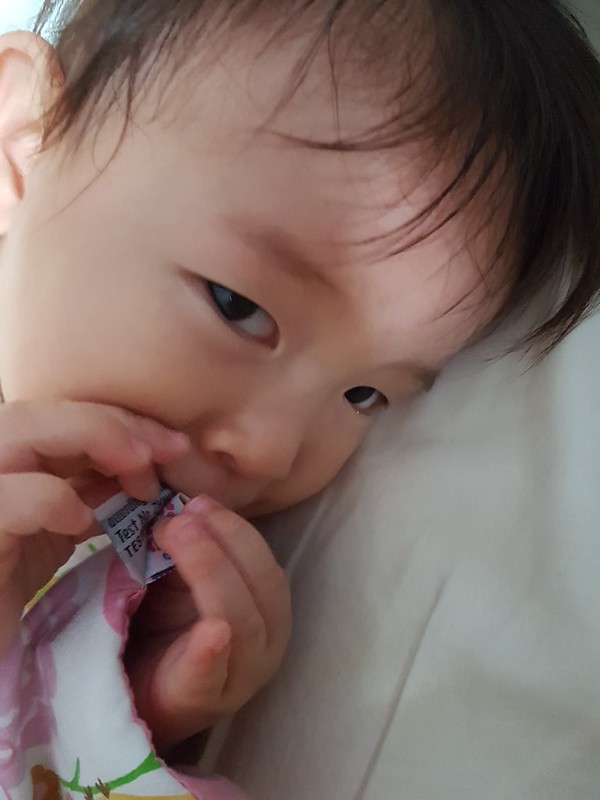 Although we say we’ve come to terms with the decision, I’m not sure how I’ll react when I see her without a right eye. When googling about Retinoblastoma, they often show pictures of patients with enucleated eyes and I can’t bear to look at it. There will be a prosthetic eye but it takes time to create because it will be hand painted. I wonder if they have 3D prosthetic eye caps in Korea.

My dad asked me if it was okay to keep the eyeball even if it doesn’t work. I replied that that was what my husband fought so hard for – to keep a non-seeing eyeball. He then asked if we could keep the eyeball in a glass jar but I don’t think it works that way. It reminds me of the time the nurse asked if I wanted to keep my placenta. My friend keeps an array of creepy paraphernalia in her bedroom including bits salvaged from her dog’s operation…

My dad told me that his friend experienced a cock-up during his operation where the doctors removed the wrong testicle which is making me doubly paranoid. If the surgeon manages to excise her perfectly working eyeball, it will render her effectively blind. I have to remind him next Monday and then next Friday before the operation to shine a light in her eyes to ensure that it’s the correct side he’s operating on. 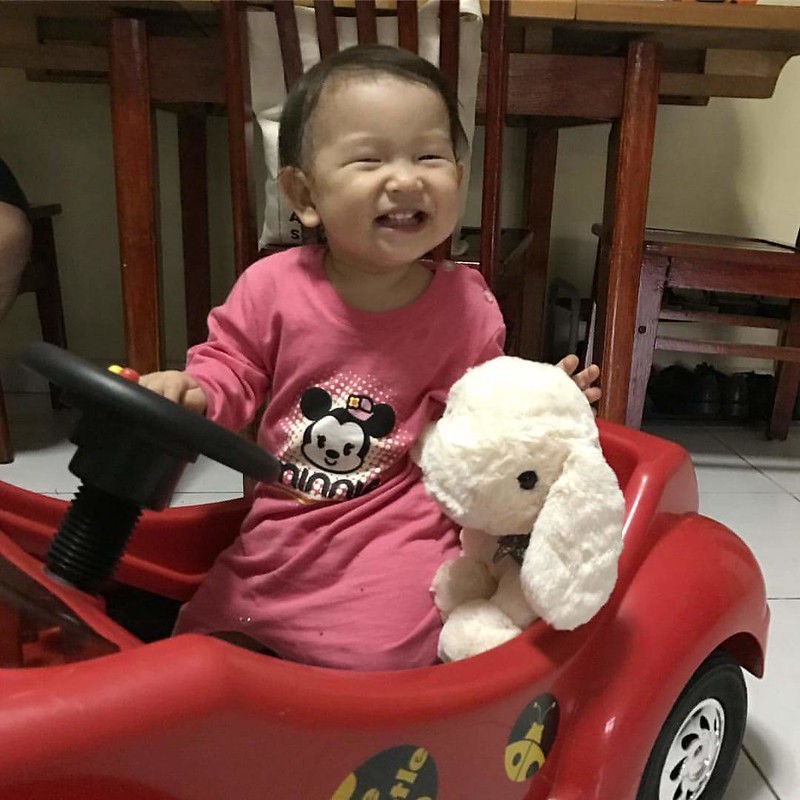 Elise wise, she is very much herself. She’s learning how to become manipulative and likes to fake-cry and whine until someone carries her out of the high chair. Last night, she sat up by herself and wouldn’t stop crying until my dad carried her to sleep. Hope she doesn’t turn out to become a brat. She is still in high spirits and she can now walk 5 steps unassisted, up from 3 steps previously. Little successes.

2 Replies to “The Last Weekend”