What could possibly be in this box? A lamb can’t fit in it.

Delicately packaged in blue crepe paper was a sound book. I have many sound books for Elise which my dad uses to read stories to her but there’s something special about this particular book.

The Rasa Sayang: Sing and Record Fun Book is a fun collection of seven Malay folksongs including very familiar tunes like Chan Mali Chan (hey hey!), Rasa Sayang and Bengawan Solo. These familiar folk songs have been sung many times, but I have no idea what the songs mean and I can only sing the chorus and hum the rest of the tune. I also have to admit that I haven’t heard the other songs before I received this book. Elise won’t be the only one learning from this book for sure. 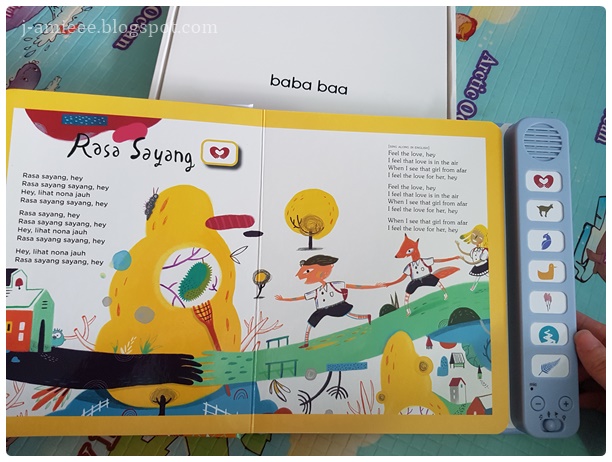 7 push buttons with icons that correspond to the folk songs. The construction of the book is solid and it also includes an interesting feature – 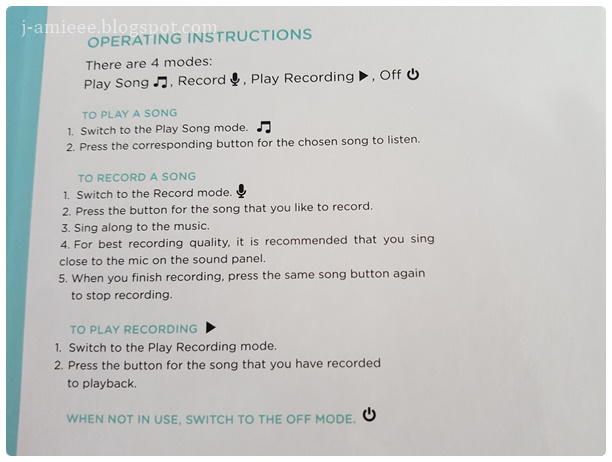 a record and playback function! If your little ones are old enough to sing, this feature allows their voices to be recorded in the book. If they aren’t, you can show off your singing skills by recording your voice while singing. 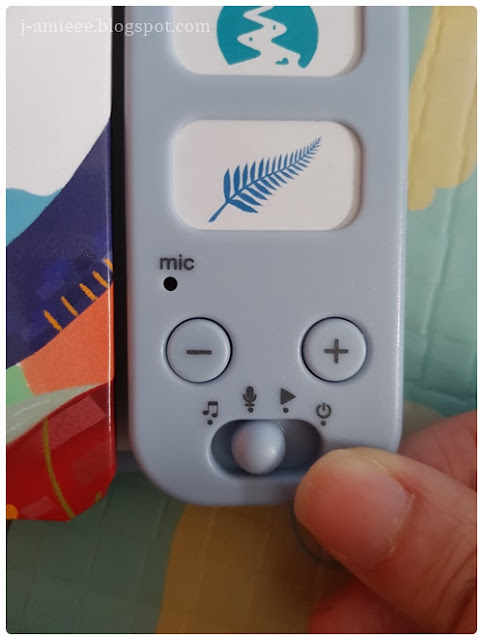 Control panel with 3 modes – music, record and playback. There are also volume control buttons and an inbuilt microphone. 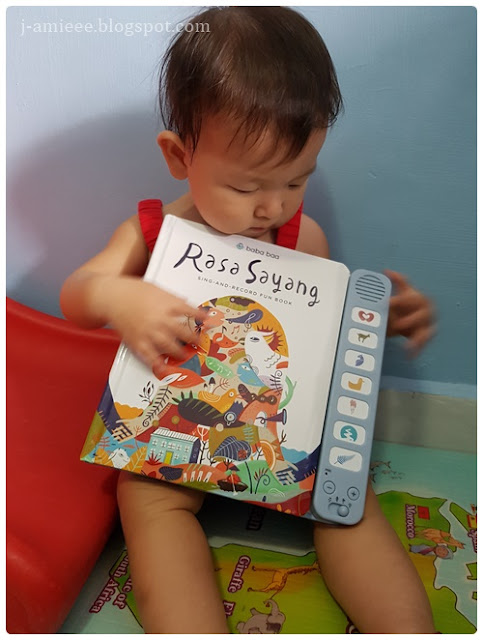 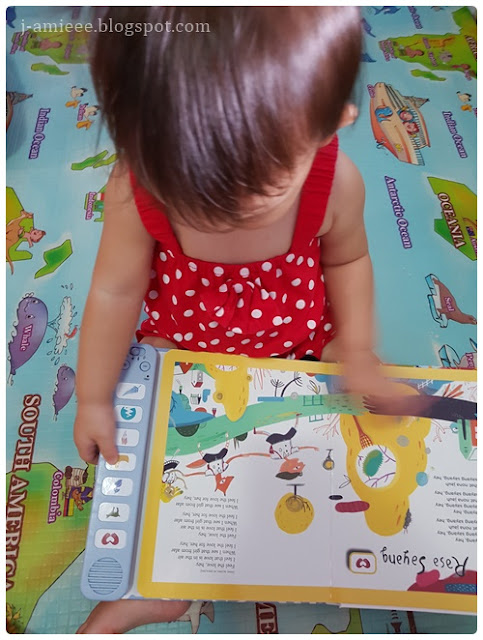 Elise can’t yet fully enjoy the features of this book but as she is Singaporean, I feel that it is necessary for her to learn about the many cultures that make up our country and that of our neighbouring countries, Malaysia and Indonesia.
What I like about the book is that it is very well constructed and it is one-of-a-kind. It is the first book of its kind for children to be produced in the region and the songs are a unifying factor for all 3 countries. As such, the production of the book also involved talents from these 3 countries. Lee Jiun is Malaysian, the production company is from Singapore and the voice behind the songs belongs to an Indonesian lady.

It all started when Ms. Lok Lee Jiun, a lawyer and a mom to a little boy named Hugo, realised that while there was plenty of songbooks in English, Japanese and Chinese, there was a lack of material in Bahasa. Instead of letting it slide, she set off creating her own book.

Plenty of hard work went into the making of this book, from start to end. She translated the songs into English which is useful for non-Malays to gain a deeper understanding behind these popular folk songs and sing the English version.

She engaged illustrator Aditya Pratama to add his vivid artwork to attract the young readers. Kezia’s voice brings the songs to life and makes the whole book a pleasant multi-sensory experience.

The baba baa mascot looks like a monster but is actually a baby goat called “baba”, designed by Italian designer Tobias Bernard. It is mischievous, curious, smart and funny. As a treat, baba is hidden in every page of the book for observant young ones to spot, much like how our PETS coursebook used to have cute characters hiding everywhere.

Rasa Sayang translates to Feel the love in English. Indeed, a lot of love and effort has been put into the creation of this unique book. The website itself is entertaining and there are free colouring & drawing activity sheets which you can print out for your young ones.

The Rasa Sayang: Sing and Record Fun Book is available for sale at S$27 while the gift set with a plush toy retails for S$33 (+S$10 shipping fee for those living in Singapore and Hong Kong).
GIVEAWAY:The baba baa team is giving away a brand new Rasa Sayang: Sing and Record Fun Book to 1 lucky reader!
This giveaway is open until 11:59pm, 13 November 2016 and is only open to readers residing in Singapore, Malaysia & Hong Kong.
a Rafflecopter giveaway