It’s been a year since my review of Keepsake by Ryo. My latest additions:

Many have mistaken these for Pandora charms, but they hold much more meaning. Latching has helped to comfort Elise in hospital and get her asleep without needing to prepare bottles or rock her to sleep. We have had a lot of special moments together while latching. Breastfeeding signifies a mother’s sacrifice, love and blood (yeap, there’s blood in breast milk!). Some people think that breast milk keepsakes are disgusting and gimmicky. Well, I can’t blame them. My pre-Elise self would probably be equally disgusted.

It doesn’t smell and my friends express utter disbelief when I tell them it’s made from my milk “Seriously?! How?! I couldn’t tell at all!”. There are mothers who create calligraphy brushes with their babies’ first curl and name stamps with cord. This is my way of preserving memories in a prettier and practical way. I have a low to average supply so it’s great that these keepsakes don’t require fresh milk. I can just use milk which has expired.

I haven’t yet thought about keeping these for Elise. Right now, it’s for myself to commemorate my personal breastfeeding milestones. I’ll explain it to her when she gets older and see if she wants them.

Elise’s cord is still in a red packet but I’m thinking of creating a locket with it. When I found my own dried up umbilical cord in a red packet a few years ago, my first reaction was to gag before tossing it in the trash. Thankfully, I felt a bit guilty, picked it up again and kept it back into the drawer. My now-self would have slapped the pre-Elise self senseless if it had been incinerated. Dried umbilical cords look a bit like beef jerky. It is not something which looks pretty yet it is hugely treasured by parents simply because the cord once connected the baby to its mother.

Ryo’s crafting skills have improved tremendously within the span of a year. I was one of her first few customers and have seen many changes, including the move from taking orders on Facebook to strictly via web-store. She upgraded her hardware, choosing to manufacture her own where she has control over the material and quality instead of relying on the cheap, inferior ones used by other makers which are obviously purchased off Taobao. Ir’s not cheap and eats into her margin but she refuses to craft with substandard material and that’s what I like as a customer.

Her range of designs continue to expand and they are the only maker which offers premium, 18K gold jewellery. You can tell the amount of passion a person has by the effort she puts into her work.

I have yet to order from other keepsake makers because I’m satisfied enough with my items. They’re so well made! I only wear my keepsakes on special occasions though, because they’re precious. It takes an average of 2.5 months to receive the items after placing an order.

I rarely splurge on myself for clothes or makeup so this is my little indulgence. Keep a lookout for their promotions because they sometimes have 40% off store wide discounts! ^^

I’ve been a mother for two months and counting. Elise nurses about 8 times each day and I cherish the quiet moments that we have. I’m direct latching her fully now, ever since she went on a sudden bottle strike a few weeks ago. I’m really thankful that I have adequate supply, because formula is so expensive and I want to boost up her immune system before she goes into infant care.

Her double chin, chubby cheeks and chunky thighs are just a bonus. Strangers look at her and ask me if she is three or four months old. No, she just turned two months old a few days ago. My favourite position when nursing her is the side latch because I can use the phone while watching her drink milk. She has this quirk where she grasps and plays with her hair. After drinking her fill, she just dozes off. 🙂

A few weeks ago, I customised some breast milk jewellery from Keepsake By Ryo to wear because I’d like to remember this part of motherhood in a practical way.
The jewellery arrived in cute little boxes just in time for Christmas. 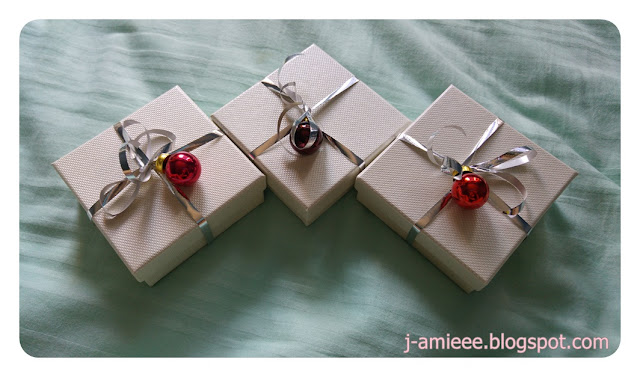 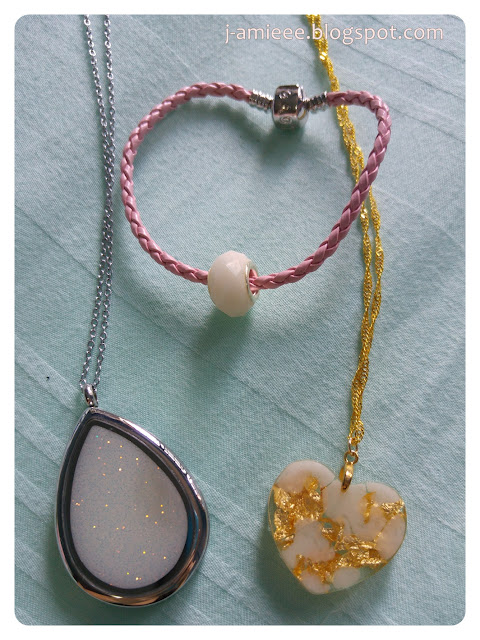 I took part in Project Keepsake, where I paid a token sum to receive one surprise memento. I wasn’t able to customise the jewellery, but I told her my preferences (simple and pink) and she really gave me what I wanted. She places high standards on herself and remakes the jewellery if it isn’t up to her standard.
Can’t stop staring at this one. It’s smooth to the touch and a bit rubbery but I was told that it would harden over time. Anyway she has a 6 month warranty, so I’m not worried! 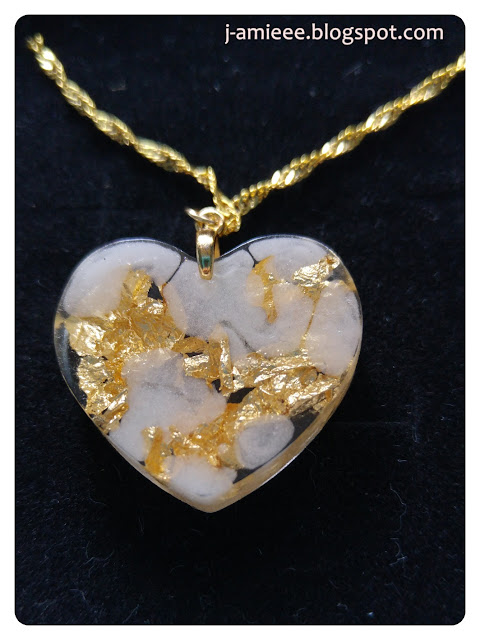 I initially ordered one with silver flakes, but guess what happened – 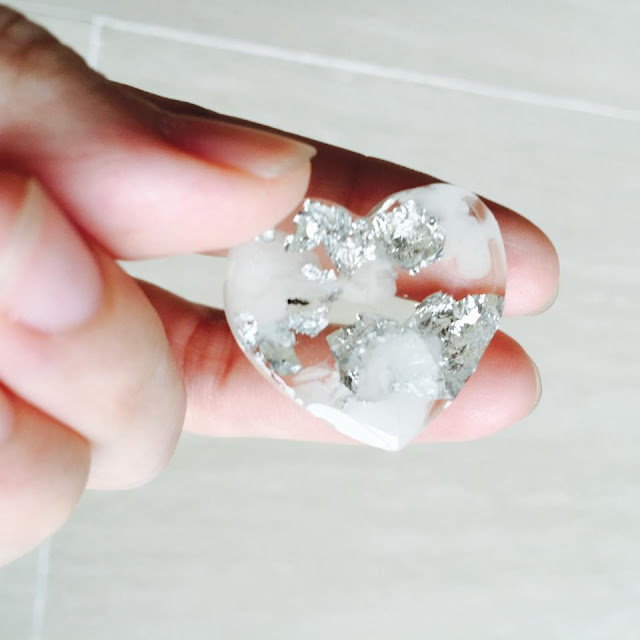 An ant crawled inside whilst the pendant was setting and died inside! Just as well. Gold seems to have a better contrast against the colour of my milk. 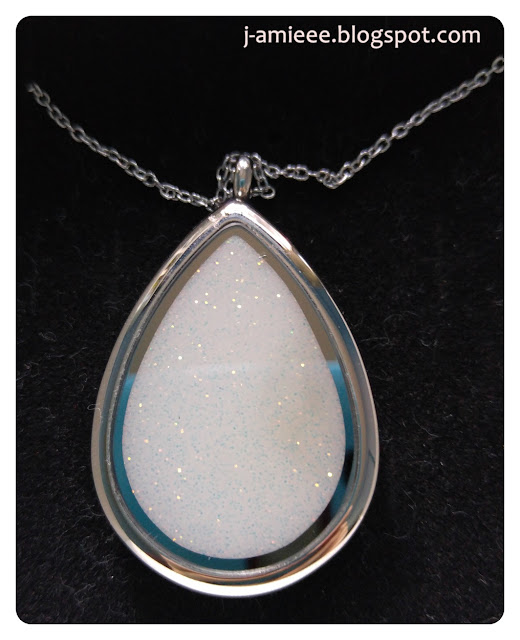 I love all three pieces because they’re all so wearable and not garish. I don’t like flashy accessories. Normally when I go out, the only accessory I wear is my wedding ring. I might start wearing accessories again now that I have these! I might make another charm when Elise has her first haircut. I don’t know when that’ll be though, since her hair is growing out so well.

** No monetary compensation was received for this review. I paid for the jewellery. All opinions are of my own.
Comments (2)
breastmilk jewellery momtrepreneur review support local

2 Replies to “Keepsake by Ryo”