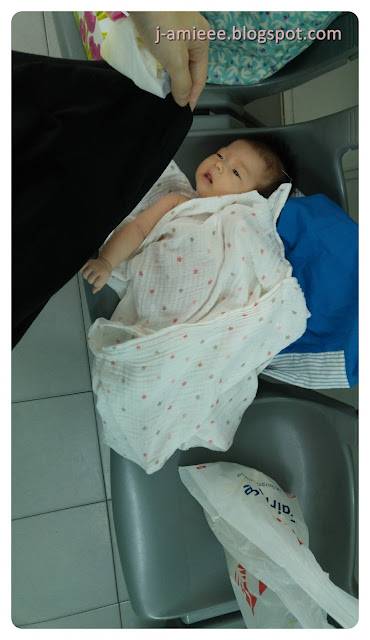 So how did THIS happen? Good question. It all started on a fateful day where I went to the dentist with my father and brought Elise along. I have a huge diaper bag with everything I need stuffed inside, but as my husband wasn’t going along, I decided to risk it and only bring the absolute essentials.

When my father was having his dental treatment done, I was holding her until I realised that there was a golden streak on my skirt, which flowed onto the floor when I stood up. Yes, Elise had a poo explosion and it was BAD. It stained her dress, booties, and mittens so I quickly pulled those off her hands in case she tried to put them into her mouth. The poop was dripping and the diaper could no longer hold her poo in.
Carrying her with one arm, I made my way to the bathroom which was in itself another hurdle to pass. Firstly, the door doesn’t open all the way, but only until where it meets the corner wall. Excellent design. In order for a normal sized human to access the toilet, she would have to fit into that tiny space in between the wall and the wooden door before prying open the creaky wooden door. Sounds hard? Try doing that with a poopy baby. 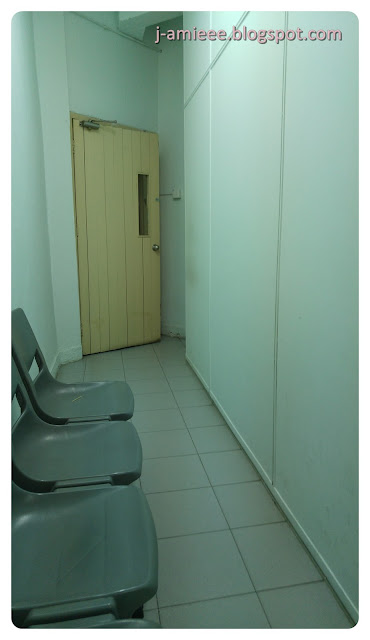 Anyway, I took off her diaper, placed it on the basin (because there was no visible dustbin anywhere), and did my best to wash her off with one hand. I then had to put her down on the chair, wrestle with the wooden door before I could wash off the yellow stain on my skirt. Thank goodness I was wearing black and that Elise is still on breast milk, so I managed to wash off most of it.
After taking off her dress and putting on a fresh diaper, I realised that I didn’t bring along a change of clothes. It was at this exact moment that she decided to wail uncontrollably, flailing her tiny body all around. MILK TIME.
The dental nurse offered me a plastic bag and a box of tissues so I placed her dirty diaper inside and cleaned up the mess on the floor as much as I could. There were many other people waiting but nobody batted an eyelid, except for the old man beside me who very kindly pointed to the golden poop on the floor so that my failing eyes would notice it. I wasn’t expecting anybody to offer help, but CAN’T YOU SEE I’M BUSY WITH MY NAKED, HUNGRY, CRYING, WRIGGLY BABY?! I have a bag filled with baby poo. Don’t mess with me.
Somehow, I managed to clean up the stain and whip out my nursing cover and latch her on.

She had no clothes and the muslin cloth couldn’t contain her so I just wrapped my pink cape over her. I think she quite liked it. We even dropped by my old kindergarten. My teacher was so surprised to see the little bubs. 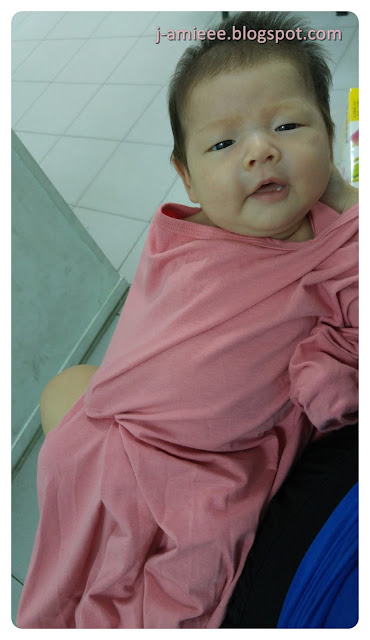 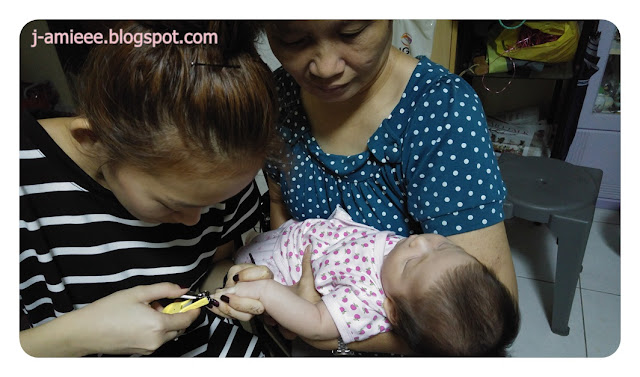 She also had her very first nail shaping session that night, after mommy over here with all her tools (nail scissors! baby nail cutter! electric nail filer!) only managed a tiny bit of her thumbnail. My friend’s sister is a manicurist and very careful, so I let her do it. Elise slept through it all.
I wonder when I’ll dare to trim her nails.