SLB’s brownie recipe was passed down from Joanna’s grandma and they’re oh-so-chocolatey! Baked to perfection with a crust, these bites are packed with galactagogues, ingredients widely known to boost milk production. There’s a slight brewer’s yeast aftertaste. The brownie is dense and holds well together.

Milk silk is a new type of eco-friendly fabric where milk that is deemed unsafe for human consumption is processed into powder and mixed with other ingredients to form a silk-like material. It’s luxuriously soft to the touch and cooling to wear. It’s a poncho style which drapes over your shoulders and provides all-round coverage – perfect for pumping mamas who don’t have a proper room to pump milk at.

There are four designs, all suitable for the workplace. It can be used as a shawl for when you’re feeling cold too!

@Singaporelactationbakes has released their newest range of nursing covers from milk silk which are sooooo super soft! There are cuter designs made from polyester. The ones made from milk silk have simpler and classic designs. . . This is Didi's version of Peekaboo. Hehe. . . #nursingcovers #veryshortreview #notpaid #disclaimerforeverything

Joanna from Singapore Lactation Bakes sent us a care package full of delicious goodies and personally hand delivered the bakes herself. She currently offers FREE delivery for purchases over $80!.

When she first started, she only offered cookies. Her range now includes muffins, cookie cups, pancake mixes and even non-edibles like nursing wear. Her resource page has been updated with loads of useful material for lactating mummies to read. Recently, she also opened a store to cater to customers who self collect. SLB has come a long way. I first got to know about SLB through sample cookies given out at an event I attended when Elise was an infant. Two years on, SLB is still going strong. SLB is always recommended when people ask for lactation cookie recommendations.

As Joanna is a mom of 3 herself, she frequently supports baby bashes organised by moms of various EDD groups by sponsoring cookies and sets up booths in baby fairs to reach out to more moms. 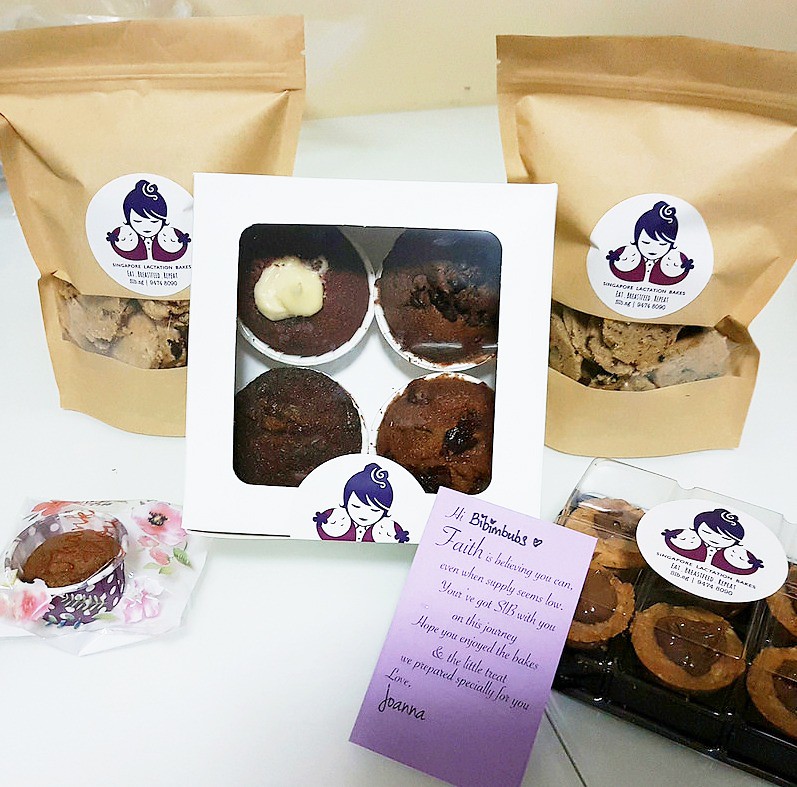 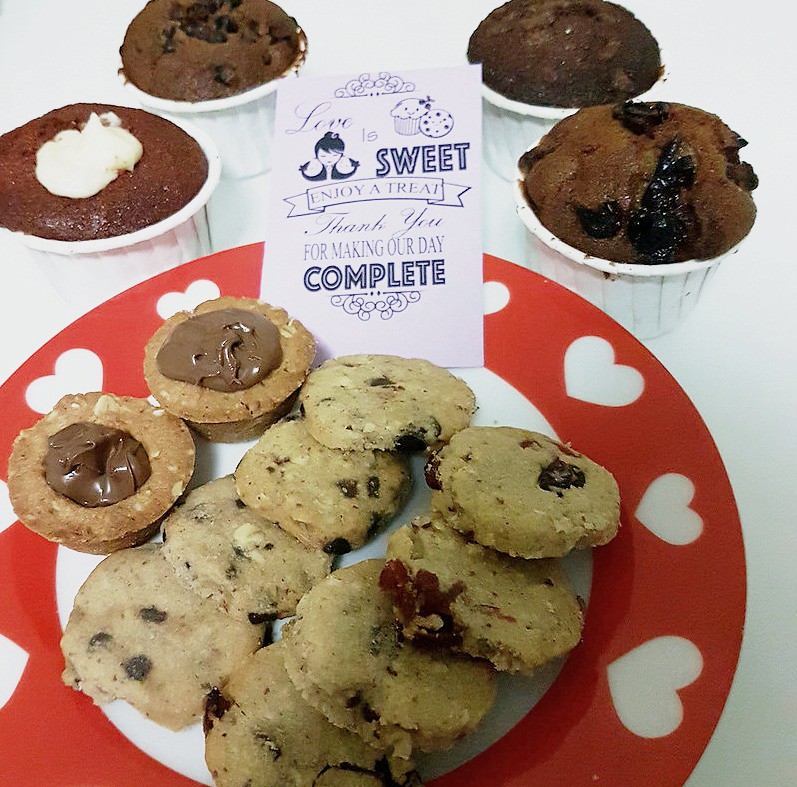 Look at these babies. 😀 The muffins were rich and dense yet not overly crumbly and dry. My favourite was the Red Velvet with its cream cheese filling. Next up on my to-try list is the Sinful Chocolate lactation muffin. It’s a chocolate muffin topped with chocolate ganache. Maybe Joanna can consider a Triple Chocolate muffin where the inner filling flows out like molten lava? #fatdie #肥死 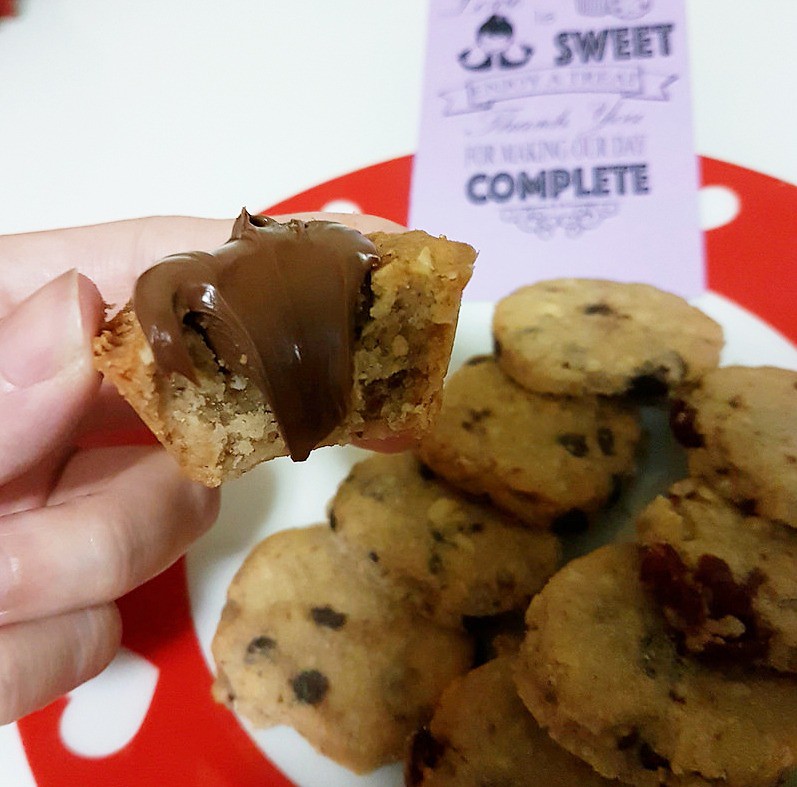 The sinful cookie cups with a decadent filling of everybody’s favourite spread, Nutella. It tastes like a mini molten chocolate tart. There’s another flavour with malt chocolate.

Their cookies are just as how I remember them to be – crumbly with loads of chocolate chips and oats.  SLB’s bakes contain galactagogues which are widely known to boost milk supply like rolled oats, brewer’s yeast and flaxseed. Brewer’s yeast has a strong smell and taste which Joanna has managed to balance whilst still ensuring that the lactating effects are present.

There is a version with no sugar if you’re watching your waistline or have diabetes.  Joanna recommends that 10 to 12 cookies be eaten on average. I armed myself with a cup of milk and snacked on them without counting… Calories don’t count when I have to make milk for two kids! Since I’m at home most of the time, I can’t tell if my supply increased significantly though I felt engorged and could still hand express after latching both Elise and Emmett.

In general, the main tips to increasing or maintaining milk supply is to have adequate rest, consume enough fluids, and empty your breasts frequently to stimulate production. Every woman reacts to each ingredient differently and one person’s milk booster may be your milk killer. Lactation bakes are a temporary boost for your supply and more importantly, mood! 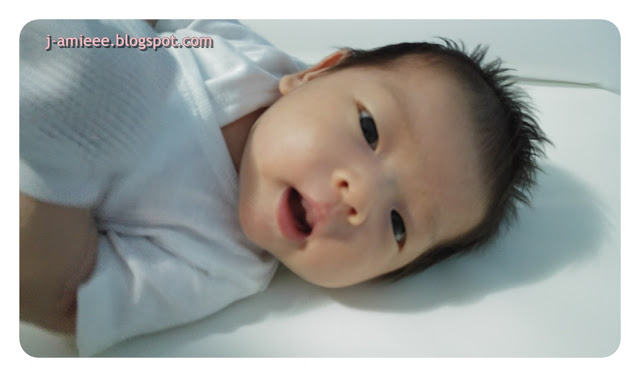 She has the strength of a hippo and makes all sorts of funny noises. Sometimes she sounds like a mouse or a kitten but when she’s angry or annoyed, she sounds like a dog. She actually goes “GRR!” while flailing her arms around.  Hungry hippo over here loves bath time and will quietly sit in the tub the entire time but it’s a miracle if she doesn’t cry when we change her clothes. She pushes us away with her two tiny arms and sometimes two people are needed to control her. A tiny baby who hasn’t even turned a month old. Someone at the focus group thought she was 6 or 7 weeks old. I don’t think she’s that huge for a girl… 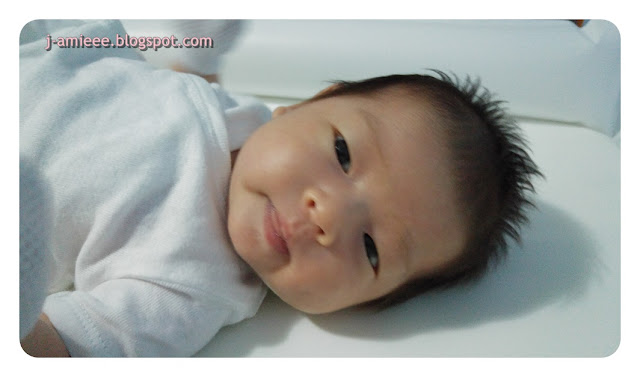 I’ve either created a hulk, or my body must be making some really potent breast milk. So far, I’ve not yet needed to supplement her with infant formula. I do have a tiny 400g can of Friso just in case of emergency. It was the most affordable brand around. Direct breastfeeding is convenient (saves time on bottles and temperature checking). I love shortcuts and time savers but I read an article yesterday which was very interesting.

Like over here, it says that breast milk is more than food. Breast milk is individually formulated by the body for each infant and signals are sent to the mother’s body via the baby’s saliva so it also works as medicine. I wonder how it works for twins or multiples…It’s also the reason I frown upon donated breast milk. It’s dangerous because the donor might have some disease that even she may be unaware of. I’d rather feed infant formula than someone else’s breast milk.

Speaking of breast milk, I went to a focus group last Saturday and received some lactation cookies in the door gift. I’ve always felt that these cookies were a waste of money, so I was rather excited to try it and see if there were any effects. The packaging is really cute with rabbit ears! It’s from Singapore Lactation Bakes and the pricing looks affordable. 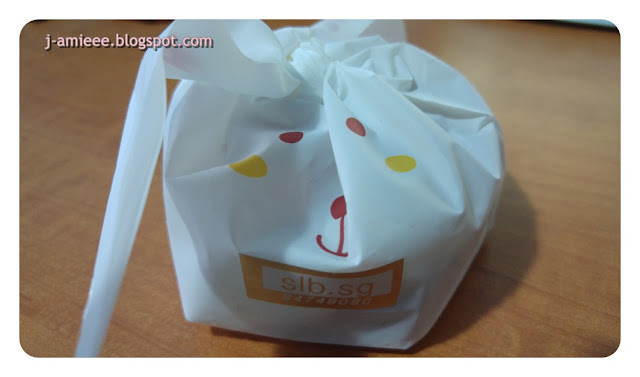 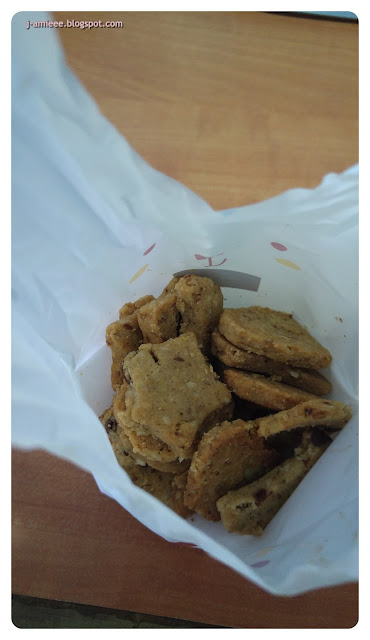 It’s more on the crumbly side and reminds me of a Chinese New Year tapioca cookie, but there are raisins and hints of chocolate inside which makes it so palatable, I finished the entire bag. 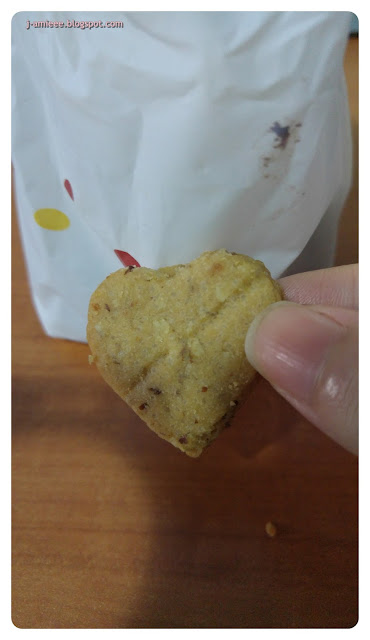 The next morning, I broke my personal record. She had more than enough to drink, so I froze some and poured the rest into her daily milk bath. Actually, I’m pretty relaxed when it comes to supply and don’t compare with other moms. I’m happy as long as my baby has enough to drink plus a bit more as backup milk in case I’m not around in the house or need to rest. That’s all I need. 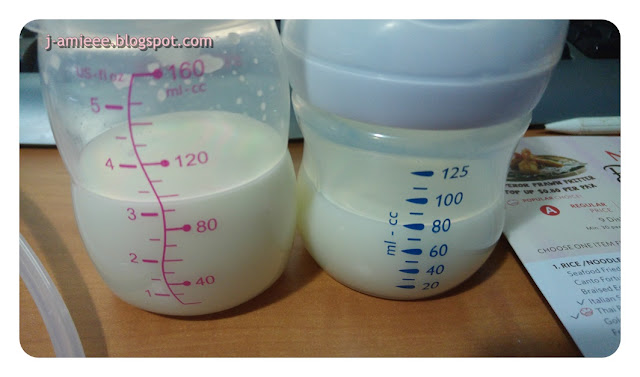 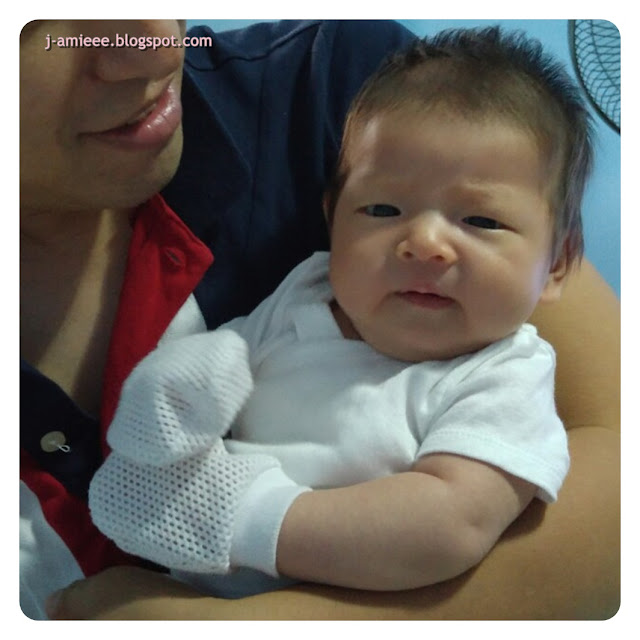 The hungry hippo with her daddy.