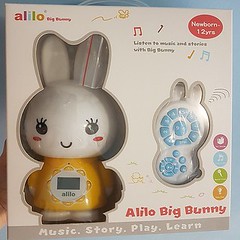 Alilo Singapore carries educational digital players suitable for infants and toddlers with its bestseller being the G7 Big Bunny. The G7 Big Bunny is the only Alilo product with a screen. It’s made from ABS plastic which is 30 times stronger than normal plastic and child-safe with no sharp edges, though it still gives me a mini heart attack when Elise drops it on the floor. Very sturdy. The bunny’s ears are made of soft touch silicone and the bunny head functions as a night light.

The idea is simple. It’s essentially an MP3 player and voice recorder repackaged to appeal to kids and save parents from wailing babies.

The G7 Big Bunny can be charged with a standard USB 2.0 cable and can last for 4 hours on a full charge. Below the high fidelity, 52mm speakers are two buttons – one for activating the colour-changing light-up ears and another to switch the night light on and off. The bunny’s tail doubles as a power switch and volume control. The G7 is the only model with a LCD screen which I like because I can skip directly to the song I want. 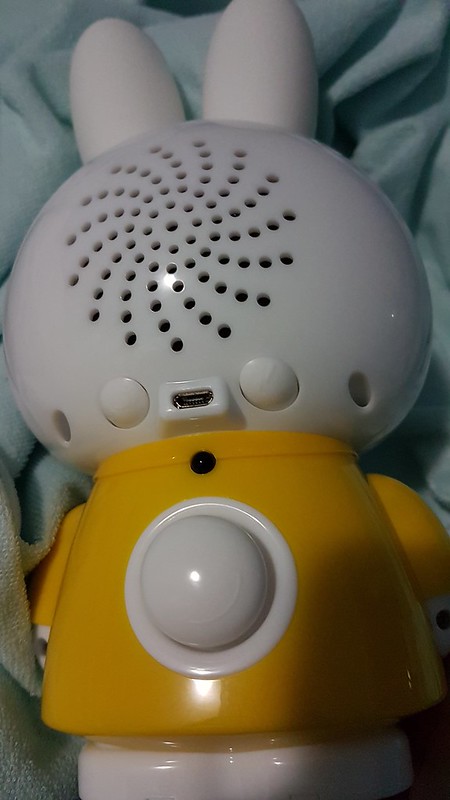 Switch between the various functions – Songs, Stories, Soothing Soundtracks, Voice Recorder using the buttons surrounding the screen. It would be a bonus if the control buttons glowed in the dark too. 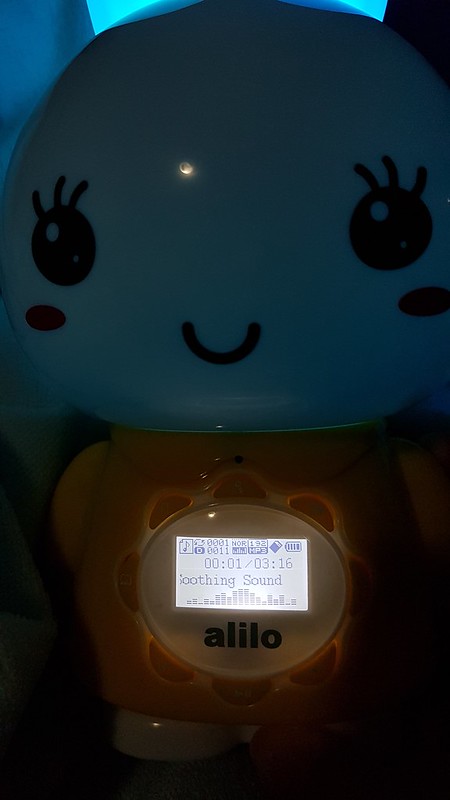 There is an assortment of soothing soundtracks, white noise and soft music meant to lull babies into sleeping. Elise has hugged it for her naps even though 90% of the exterior is made of hard plastic which makes it not so cuddly. I prefer this to a soft plushy exterior because it’s easy to wipe down with a damp cloth and dirt doesn’t get trapped. 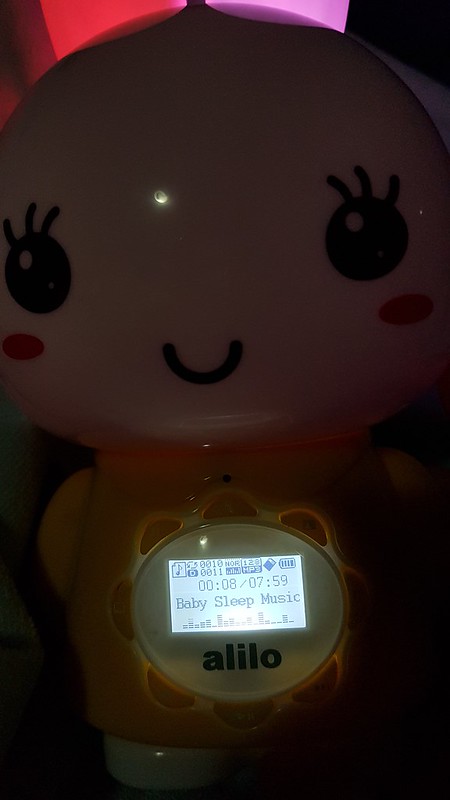 You can download your own tunes and transfer it into the player via USB or stick with the preset songs. I really like how the ears glow and change colours. The babies are fascinated by it. 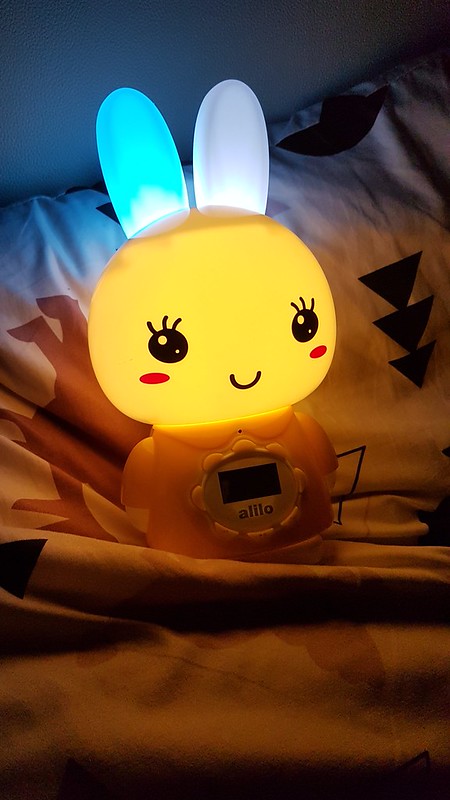 When I first handed the toy to Elise, she wasn’t quite sure if she liked it… until I switched on The Three Little Pigs. From then, she’s listened to the same story at least 10 times since. Toddlers seem to enjoy repetition. What I like about this gadget is that it’s able to divert her attention away from Big Bad YouTube. There’s only so much Blippi! and 뽀롱뽀롱 뽀로로 I can stand. The preset songs include perennial toddler favourites such as Baa Baa Black Sheep, Twinkle Twinkle Little Star and ABC… which are all of the same tune. There’re other baby crowd pullers like Wheels on the Bus and Itsy Bitsy Spider.

You can even record yourself singing their favourite song and let the kids play it back to save your voice, but it may cost you your sanity, so pick your poison.

In total, there are 9 stories, 10 songs and 11 soothing soundtracks pre-installed and you can download more off the official Alilo website.  There’re songs and stories in Chinese as well as more in English. 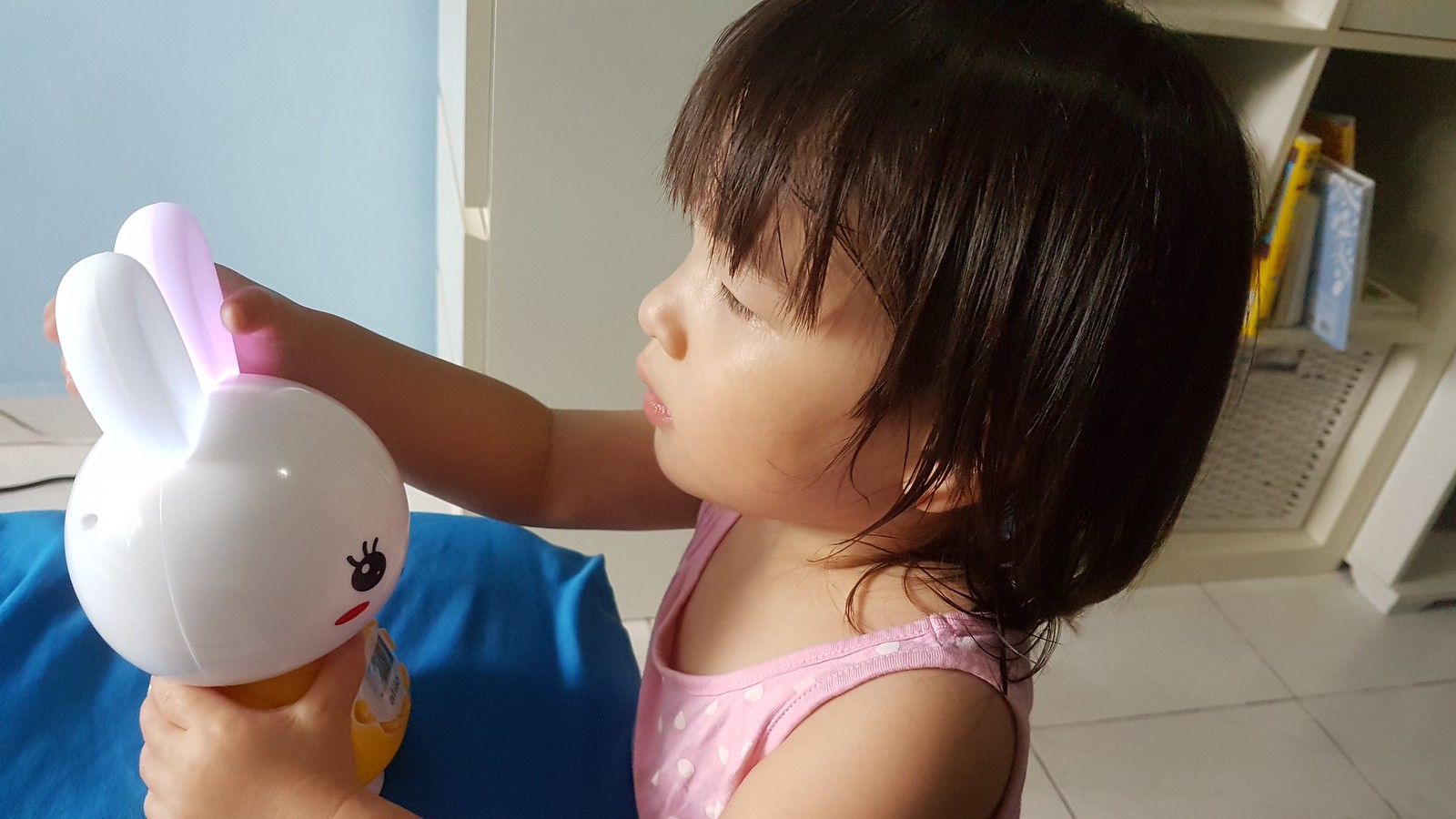 It sounds over the top to say this, but I owe this bunny one. Look at the photo below. It’s of a baby who had a crazy meltdown and thrashed about, screaming and yelling. I switched on the bunny, turned on some white noise… and IT WORKED.  😛  He calmed down enough to latch and he fell asleep! 😀 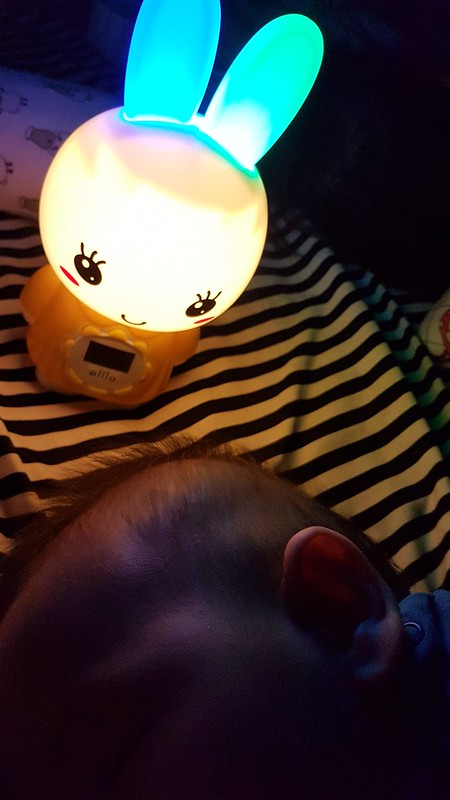 WIN one for yourself! Simply follow the steps below.

*** I received an Alilo Kids Digital Player G7 (Big Bunny) for the purpose of this review.