In about 5 weeks, there will be a big change in our small family – you’ll become a big sister. I think you know that your didi is in my tummy because you point to it whenever we ask you. You also like to place your tiny hands on my tummy to feel his kicks and punches. Do you know he’ll grow a bit more and pop out as a little baby? At 21 months, you may be really shocked when that happens. You probably don’t have a clear enough concept of time to realise that 5 weeks is actually really soon!

Soon, you’ll find that what is currently all yours alone will have to be shared with a new person. Mummy’s milk. Grandpa’s time. Daddy’s attention. Your toys.  There are things which you are fiercely protective over, like your stuffed toy bear with no eyes (it wasn’t securely fastened so we plucked them out) and your smelly pillow. Didi shouldn’t be touching that for a few months, so you’re safe.

You’re displaying signs of growing up at a young age. You love going to playgroup and learning new things. You help out with the house chores, sweeping the floor with the broom and fetching laundry from the washing machine to the clothesline. At the supermarket, you’ll insist on pushing the basket full of groceries and even carried a 2.5kg pack of rice from the shelf to the basket! 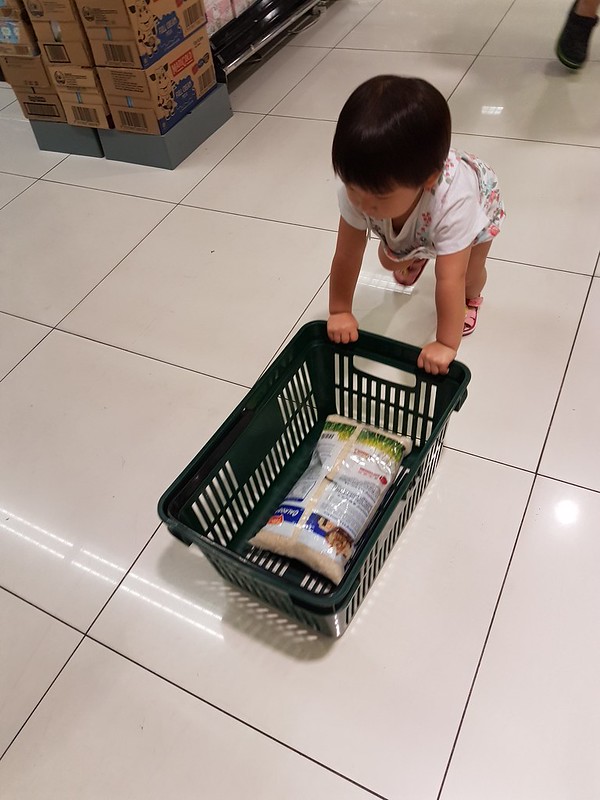 You nod when we ask if you’ll feed didi with a milk bottle and bring new diapers too. The other day during lunch, you saw a chicken foot in the soup, showed us your hand and cried. It must have scared you! Then there’re times when you decide that you’d rather become a baby, like when you’re feeling extra sleepy and let me cradle you to sleep like an oversized newborn. 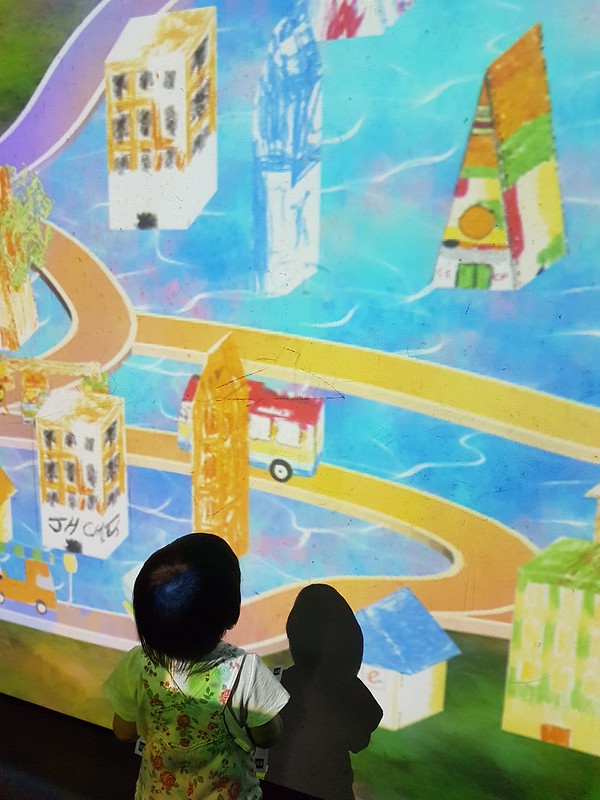 I joked to my friends that I had didi because you’re growing up too fast so I had to “renew my newborn”. It’s a lousy joke. People say mothers can multiply their love when they have more than one child. I’ll love you and another too. It’s going to be a huge challenge. I didn’t experience growing up with a sibling to tell you how it will be like, but I can already guess.

It’ll be a love-hate relationship with petty squabbles, tattle-telling and secrets only the two of you will share. 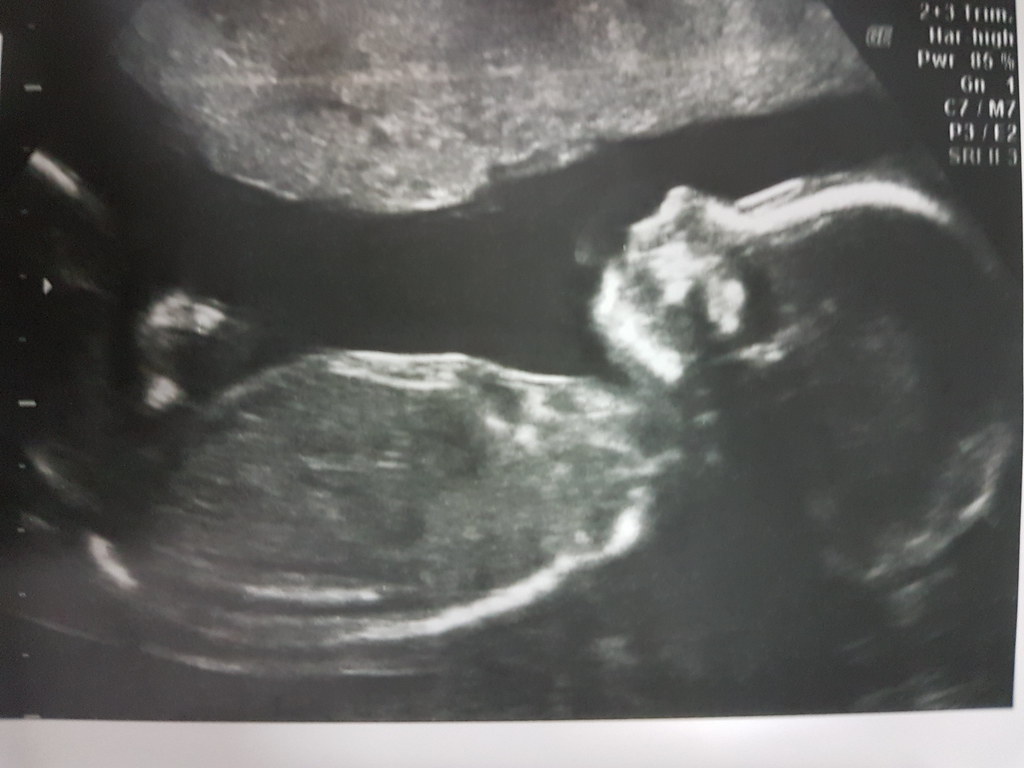 To conceive a fetus and carry it to full term is a tough task. Notwithstanding the symptoms such as nausea and decreased appetite, what worries me the most about pregnancy is not being able to check on the fetus and its condition. It’s not like I can look into my womb and see the little one doing its thing. For my first pregnancy with Elise, I tried not to develop any form of attachment to her until very much later when I was able to feel her movements. It’s my own way of dealing with potential non-fulfillment of expectations; to accept the possibility of a bad outcome.

I did the same this time round. As I’m following the same route I took (subsidised with NUH), I don’t get ultrasounds at every visit. I was rather dismayed with the week 12 ultrasound printout because it was a blurry mess and not sharp at all.

Subsidized patients with NUH O&G only get 4 ultrasound scans:

For all other consultations, the consultant on duty will use a Doppler machine to listen to the fetal heartbeat after reviewing prior test results and/or any conditions the pregnant woman may have. Typically, a fetal heartbeat can be detected audibly via Doppler as early as week 12.

On my most recent visit at 14 weeks, Dr Susan Logan, the consultant rotated to me that day, went through my long medical history and blood test results (all clear with extremely low risk for Down’s). Afterwards, I asked if I would be getting the Doppler to check on my baby. “Sure! Just prop yourself on the table”, she said. I climbed up onto the exam table and laid down, preparing to listen to that all familiar heartbeat.

A fetus’s heartbeat rate is roughly twice as fast or more of its mother’s heartbeat rate in a calm state. Dr Logan put on her gloves and applied some ultrasound gel before moving the Doppler around my belly. Some static was heard, then some gurgling sounds (stomach acid), and a heartbeat. “That’s your heartbeat”, she declared, moving the Doppler again in an attempt to detect a significantly faster one. “Nope, that’s still yours”.

At this point, I was slightly worried – could it be that something happened to the fetus? Two women in my WhatsApp group had lost their babies on consecutive days in their second trimester. It could happen.

Dr Logan immediately called the nurse to slot me in for a quick ultrasound scan. After I exited the consultation room, I told my dad who was waiting outside with Elise that the Doppler didn’t detect a heartbeat and my dad went “See, I told you there’re some things that you’re not supposed to do”. Errrrrrr, like what? Drink cold drinks?! I believe everything is fated. There’s no use saying “I should have” or “I could have” if it has already happened.

The room was ready. I propped myself up on the bed and mentally prepared myself to hear those words of condemnation- “I’m sorry, but I still can’t detect any heartbeat/your baby has not been growing since”. Dr Logan told me that she didn’t want to reassure me until she did the ultrasound scan. So she pressed the scope down and…

“There’s your baby. See the flickering thing? That is its heart moving. I didn’t want to reassure you just in case. No, I will not be telling you the gender of your baby because I’ve made some mistakes with gender prediction before (declaring gender too early)”.

I was hoping I had the chance to do a scan with the machine that gave clearer prints and I did. That was how Peanut gave me another photo printout at the cost of a huge scare. Peanut is still doing fine as of now and I felt it kick a few days ago. 🙂 Elise shows affection in her own way by hugging and kissing my tummy.

After the first trimester, the risk of miscarriage drops to below 10%. There are many causes for miscarriage including hormonal factors, poorly managed chronic conditions, abnormalities in the reproductive system, lifestyle choices (smoking, alcohol, drugs) and trauma to the abdomen. Warning signs include bleeding, contractions (not to be confused with Braxton Hicks), back pain and cramping (read more here). Regardless of the statistics, fetal and infant loss is devastating when the pregnancy is wanted. Some women have long and arduous conception journeys riddled with losses.

If you know of someone who has lost a baby, here’s what you should and shouldn’t say to them. If you are dumbfounded and have no idea what to say, say nothing. Instead, DO something and make yourself present. During the scariest times right after Elise was diagnosed with Retinoblastoma, I felt most comforted knowing that people were there for us and made the effort to go out of their way to visit us. Being present for your friend helps a lot. Don’t say “Let me know how I can help”; just help.